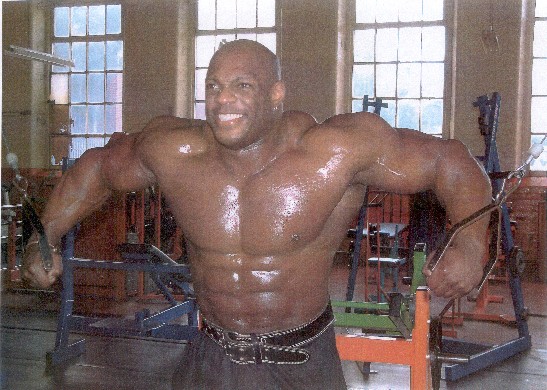 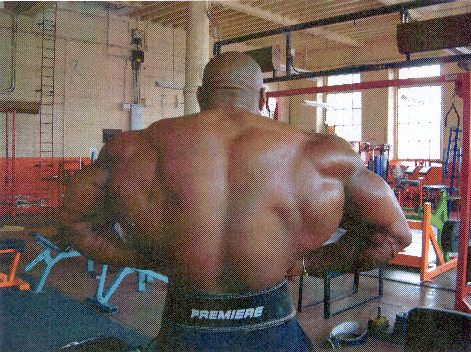 Trevor Crouch - Heavyweight and overall winner of the 2001 WFBB Championships.

This man is absolutely huge, and must have the biggest back in British bodybuilding today.

Trevor is currently recovering from an injured ligament in his lower back, so is unsure yet as to when he will make his pro debut.

The American pro's better get ready though, because the shadow is coming for them! Trevor is also a movie actor and has even starred in the film Snatch, where he played a night club doorman.